The Human Spirit Project is made up of those who sincerely believe that it was no accident that Jeff Royer, a former prison inmate, and Jerry Coffee, a former Prisoner of War came together over a shared vision.

In February of 1966, years before Jeff had even come of age, Navy reconnaissance pilot, Jerry Coffee, was shot down, captured and locked in a dingy communist prison cell in downtown Hanoi for 7 long years. While in prison he was shown a vision that one day when he came home he would be able to pass on the lessons he learned as a POW to others locked up in prisons in America. What had helped him survive “was simply faith: faith in God, faith in himself, faith in his fellow man and faith in his country. And with these four aspects of faith, anyone can not just survive, but go beyond survival to emerge tougher and stronger than they were before.” He spent his life after the Navy speaking to audiences worldwide delivering this message of faith. Yet he found that unless you are a pastor, it is very difficult to speak in prisons. So, though Jerry was never able to deliver his message within prisons in person, his book, Beyond Survival, was in at least one prison, the federal prison where Jeff found himself in 2004. 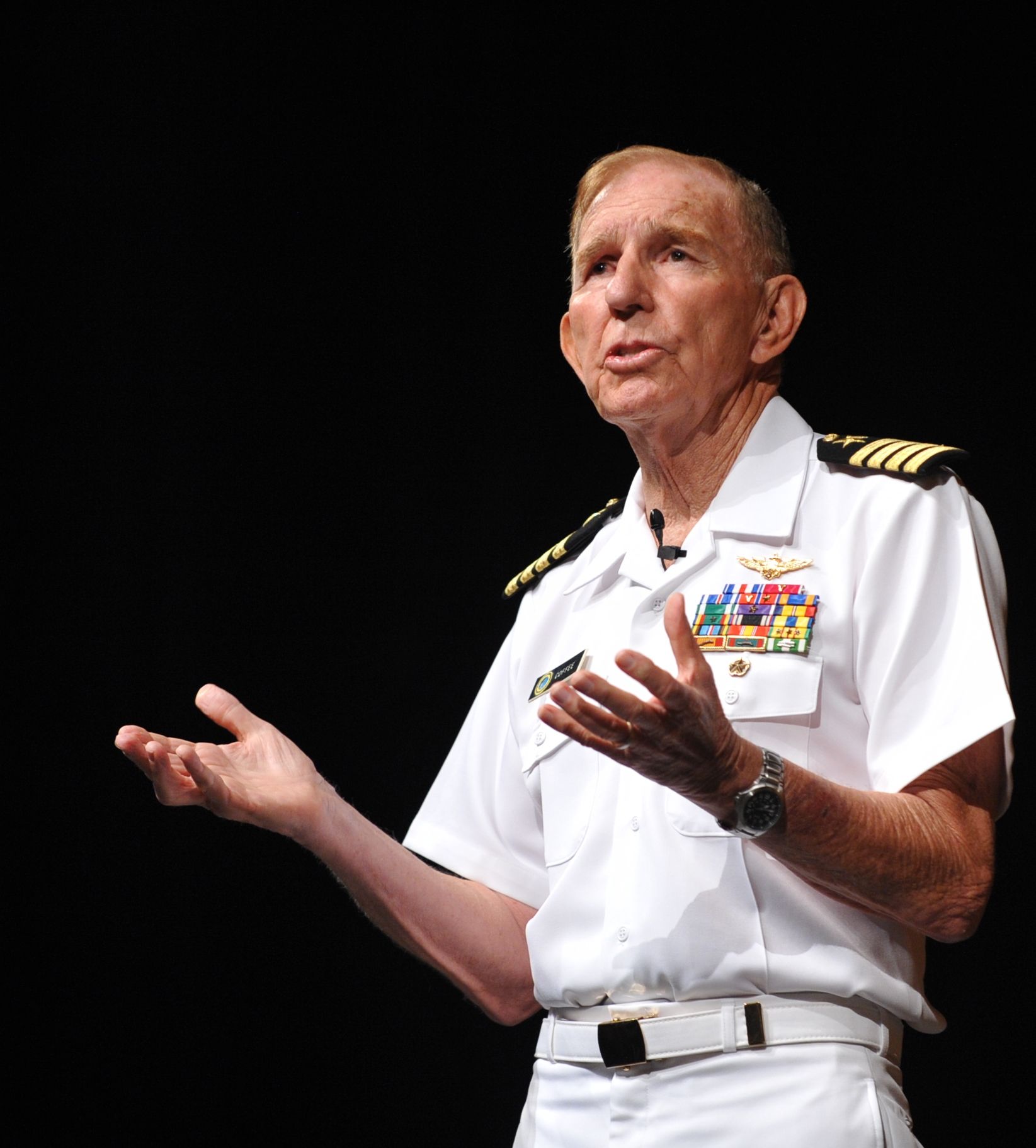 In late 2020 as Jerry’s health was failing, an email arrived from Jeff. After many years out of prison himself, he simply wanted to thank the man who “not only changed my life, but saved my life.” Jerry’s wife, Susan, facilitated a phone call between Jerry and Jeff. It was then that God began to move His own design forward and the Human Spirit Project was born.

On November 13, 2021, Jerry moved on to his Heavenly home, not able to see his vision become a reality. But, he is clearly the inspiration that drives the project forward for us all.

We are growing rapidly and have room for all who have faith in the vision. 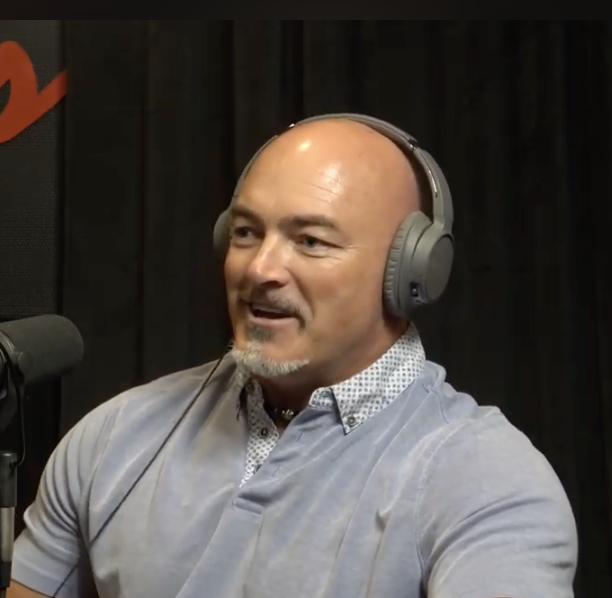 Jeff graduated from Fort Lewis College in Durango, Colorado with a BA in Business Administration. He immediately joined the United States Marine Corps and spent 5 years in the Air Wing as a Maintenance Officer and completed a Masters Degree program in Criminal Justice. He then applied, tested and was ultimately hired as a Special Agent in the Federal Bureau of Investigation. After working a few years in the FBI, he received information that would change his life forever.

Through certain classified occurrences surrounding the tragedy of 9/11, Jeff, then working with a Confidential Informant, brought information to the Department of Justice which if pursued, would have led to where a large portion of those 9/11 events were funded, and who then could be targeted in the investigation of the attack.

The information was received with accolades and appreciation for a couple of weeks and then, completely out of nowhere, the information was turned around and used to indict Jeff and his informant on RICO charges. Jeff spent 6 years in Federal Prison, his informant 11 years. One minute on top of the world and the next minute at the bottom of the pile was the cataclysmic event that birthed the Human Spirit Project. Jeff’s informant, upon release, committed suicide, and Jeff began building life anew literally from the ground up.

While incarcerated, Jeff came into contact with Beyond Survival, a book authored by Navy Captain and Vietnam POW Gerald Coffee. The book rang true in so many ways regarding tragedy in one’s life and the necessary coping techniques that could be used to overcome that adversity. Together with the basis for Captain Coffee’s ability to overcome…the invincibility of the Human Spirit… and a deep Faith in God’s plan for all our lives…Jeff wanted to utilize the lessons read and learned to create an organization that could be used to help others who are hit with circumstances that seem devastating in the moment and give them hope and inspiration to show them they too can overcome anything relying on what’s deep inside every created being…an invincible Human Spirit! He attributes his Faith in Christ as key to his recovery.

At the core of every healing process is the necessity for forgiveness. Forgiveness of those who wronged you, and just as importantly the forgiveness of oneself. Harboring resentment or revenge holds an amazing amount of power over a person and does not allow life to move forward.

Jeff is married to Dena Royer, has 4 children, and resides in Colorado.

For more on Jeff’s story, watch his interview on Truth Talks

A Texas native, Susan was educated in film at Texas Tech and Southern Methodist Universities. While at Tech, she became Miss Texas and Miss America semi-finalist. She later married Major John Ditto, a Marine Corps fighter pilot who died in a jet crash in 1981.

A young widow, she and her two children, 10 & 6, moved to Honolulu. In 1984, she founded Susan Page Modeling Agency and School. In 1989 she co-founded Freeze Frame Fashion Photography overseeing the openings of ten California retail stores and nine franchises in Japan and Indonesia. Susan also wrote a weekly life-style column for Hawaii’s MidWeek Magazine for 24 years and did TV commercials, videos, and interviews . (In the original Hawaii Five-O and 4 seasons in Magnum PI!). 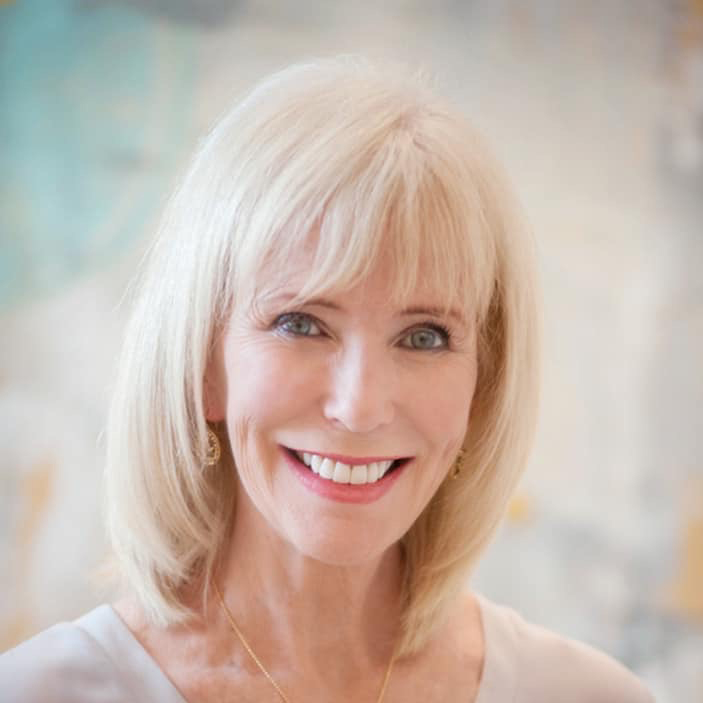 She has been a director on several faith-based charity boards. Currently, she and a partner are producing a TV series about prisoners of war. For 28 years, Susan was married to retired Navy Captain Jerry Coffee, inspirational speaker, former reconnaissance pilot and 7-year Vietnam P.O.W. He passed away in late 2021. She has 2 children, 4 step children, 10 grandchildren, and a great grandchild and lives in Aiea, Hawaii and Alexandria, VA.

Meet the HSP Board 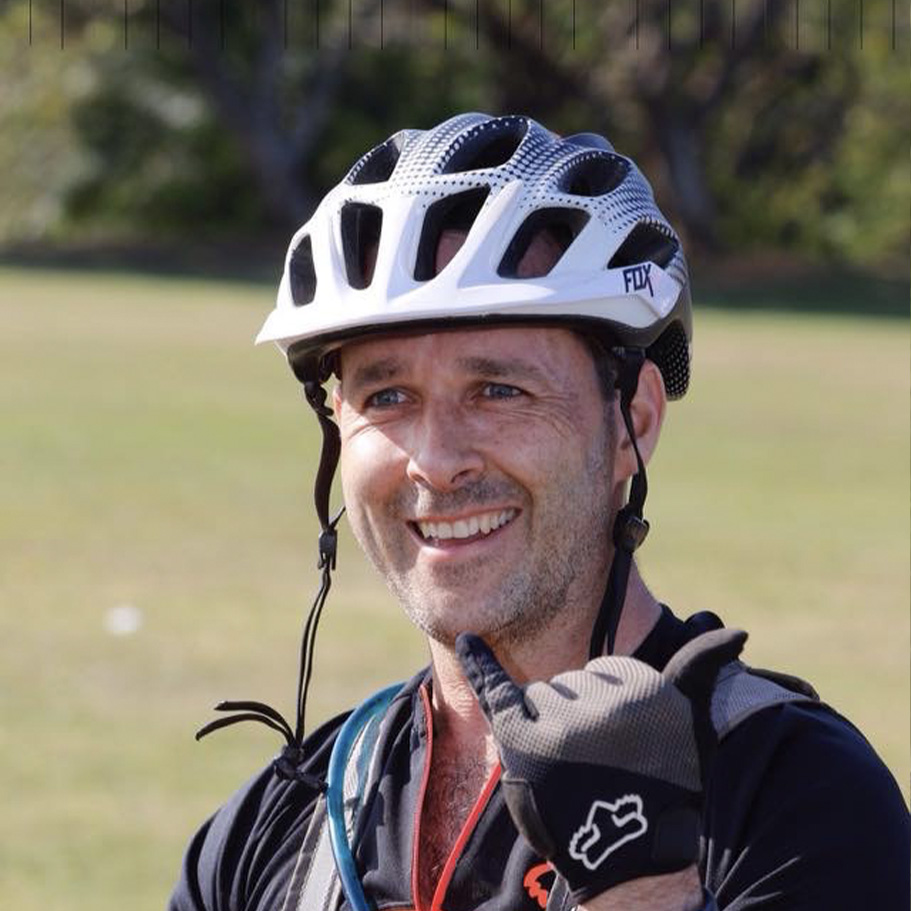 Tyrone has experience in a variety of industries, including marketing, entertainment and hospitality. He has successfully helped brands from concept to completion with go-to-market strategies and transitioning to ecommerce across new markets. Tyrone is originally from South Africa but now lives in the United Kingdom because of its great weather. When he’s not working on his next project, Tyrone enjoys spending time with his family and friends. 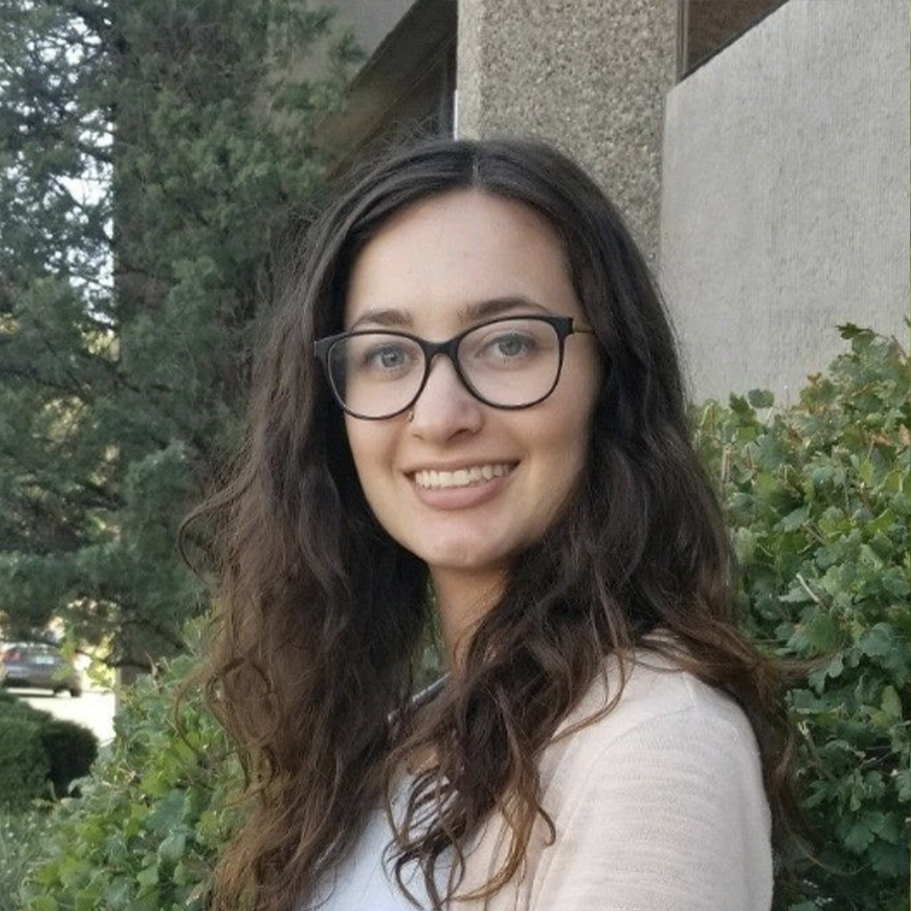 Hannah has a Bachelor’s Degree in International Studies from Colorado State University. After college she spent 3 years in Albuquerque, NM working in the Nonprofit industry, interning with AmeriCorps Public Ally and working as a project associate at United Way of Central NM. She has previously sat on the board for Umoja Abq, a nonprofit dedicated to supporting refugee women in their transition to living in the US. She loves community organizing and the power that nonprofit work can bring in the lives of those who are hurting. 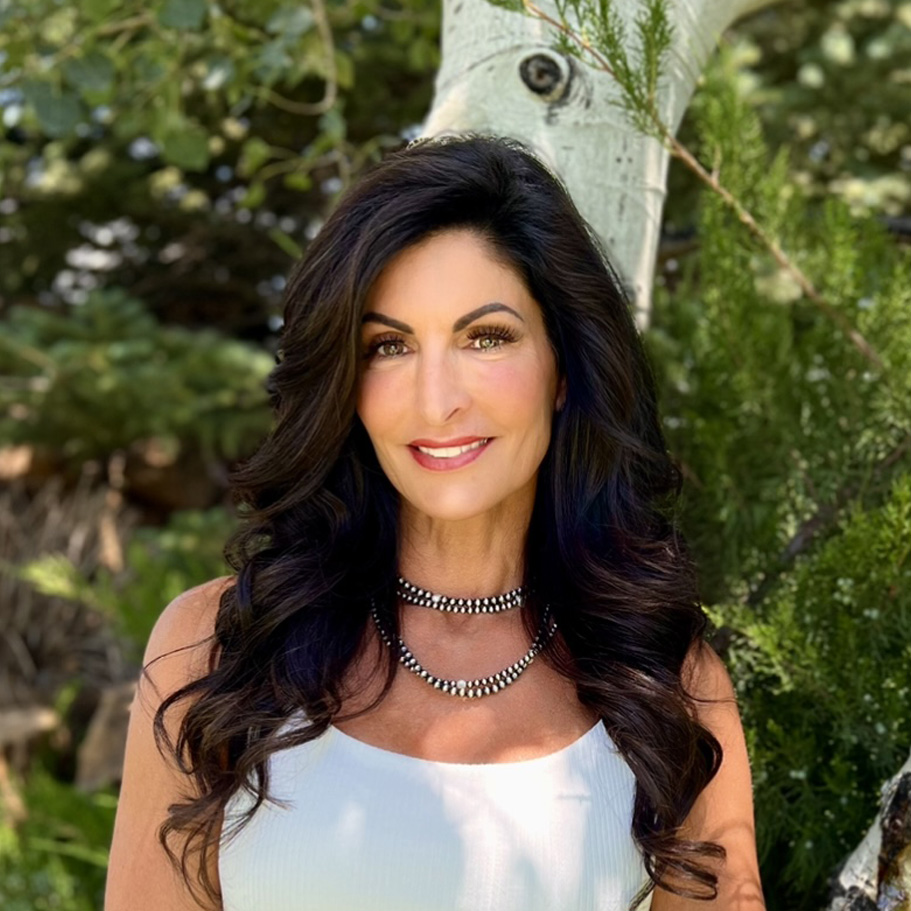 Dena left her home state of Ohio when she was 21, moving to Colorado as a flight attendant for Continental Airlines for 5 years. She then began her own construction cleaning business which she has owned and operated for 27 years. She has recently opened a new business venture in the skin tightening and rejuvenation industry. She is married to Jeff and resides with him in Colorado. 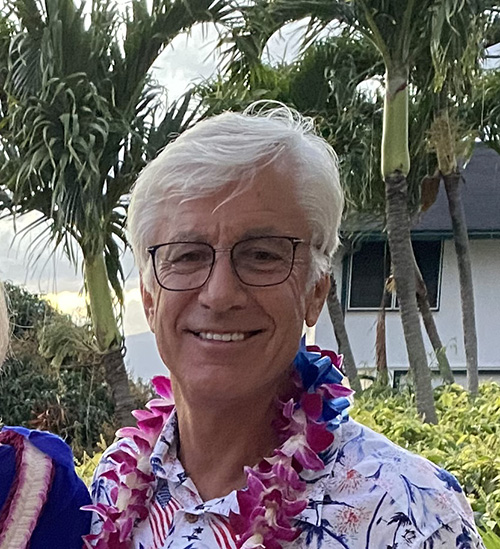 Mike grew up in San Jose, California. When he was eight, he was introduced to naval aviation by his Uncle, then Lt. Jerry Coffee. From the moment Mike saw his Uncle’s sleek F-8 Crusader and its cockpit, he knew he wanted to become a navy pilot like his hero. Later that year while flying over Cuba, Jerry took some critical reconnaissance photos of Soviet missiles in Cuba that were instrumental in President Kennedy’s negotiations with Kruschev, and resolving the Cuban Missile Crisis. Another affirmation that navy pilots were really cool.

The final night before Uncle Jerry deployed aboard the U.S.S. Kitty Hawk for his fateful trip to Vietnam, Mike’s family hosted Jerry for dinner and game night. Little did they know this would be his last family dinner for over seven years. During Jerry’s time as a POW, Mike, along with thousands of other Americans, prayed for his release and “kept the faith” by wearing POW bracelets to keep their memories alive.

Still focused on becoming a navy pilot and following in his hero’s footsteps (except for the getting shot down part), Mike went on to the United States Naval Academy. Upon graduation, he reported to Pensacola for flight training and earned his Wings of Gold, just like his Uncle Jerry.

Following his 22-year naval career, Mike worked in medical sales and real estate and now spends a lot of time in the pool competing in Masters Swim Meets and traveling. He and his wife Susie of 37 years, live in Coronado, California and have two grown children; USAF Captain Ryan Keeney, and sister Carly Keeney, a CPA for a Big Four firm. 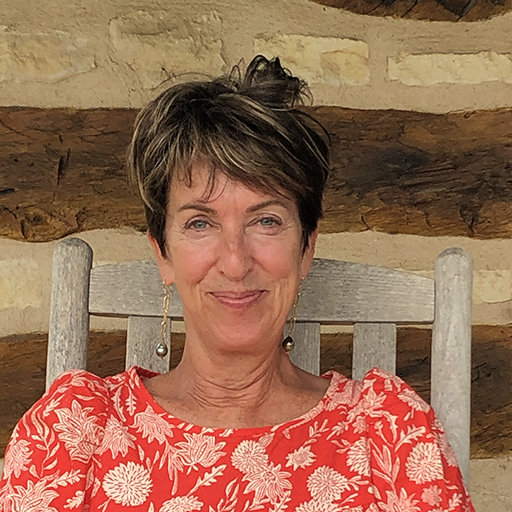 Lynda grew up in New York, graduated with a B.S. in Accounting & French from Lehigh University, became a CPA with Deloitte in NYC, a convertible bond trader in NYC, and then fell in love with a Hawaiian on the other side of the country. Marrying and moving to Honolulu in 1991, she was an investment advisor with Dean Witter in Honolulu for many years but, more importantly, became fast friends with Jerry Coffee and Susan Page Coffee.

Jerry was a powerful mentor through his kindness and great love in her everyday life. Although he was a famous man, he blessed her and her family with his humble love of God and friendship in simple, heartfelt ways. 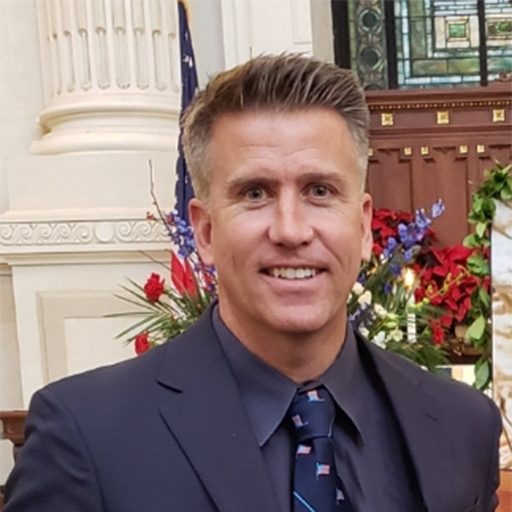 Kyle grew up in a military family and traveled the world with them until his father, a Marine Corps Colonel and fighter pilot was killed in a plane crash in 1981. After his father’s tragic passing, they moved to Kailua, Hawaii on the island of Oahu. With average grades in school but above-average soccer skills, Kyle was recruited to Chico, California to attend college, where he got his BA in Political Science and was a 4 year starter.

Life pivoted after breaking his leg during a soccer game, he realized having another life skill would be beneficial in the future, so he applied to be an officer in the Marine Corps on an aviation contract. F/A-18 hornets, a Japan tour and several overseas deployments later, Kyle decided to head to the Marine Corps Reserves where he transitioned to the good life, flying KC-130’s all over the world.

After another several deployments and progression up the ranks Kyle found himself as the CO of his squadron where he retired in 2020. During his military career and after a short stint as a Subject Matter Expert on the F-35 Joint Strike Fighter program, Kyle found himself again in a new career as an American Airlines pilot. Going on 9 years with the airline Kyle has once again had to figure out a new path due to some medical issues keeping him from flying. As a previous flight instructor in the jet world, Kyle knew his skills as a teacher would fit perfectly in leading Naval Aviators as a simulator instructor in Fort Worth, Texas where he currently lives with his beautiful wife and daughter.

HSP is an amazing fit for someone who has seen the difficulties that circumstances can throw at us while understanding that there is always another path and a way to go beyond your current situation in life.

“In my darkest hours Captain Coffee’s book has consoled me.
Beyond Survival didn’t only change my life, it saved my life,.”
Casey L., 3- time combat veteran with Post Traumatic Stress